How Much Can You Say, Without Saying Anything 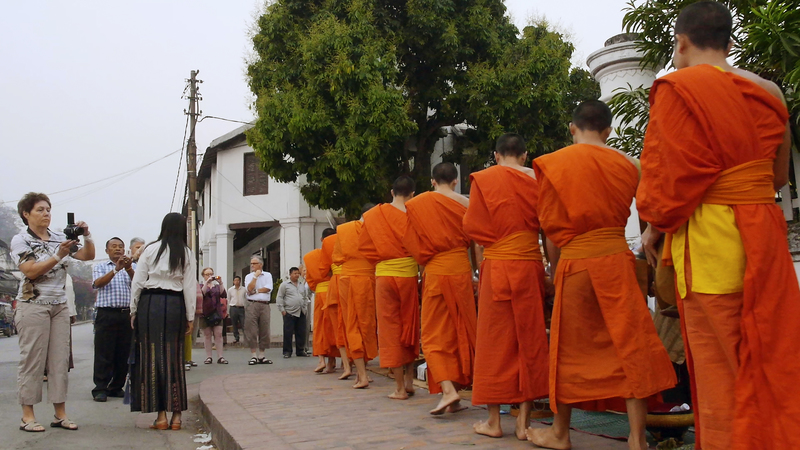 RAVING REVIEW: I had a hard time fully grasping this film, not because it was bad but because it was a different experience than I can ever remember having while watching a documentary. As a whole, the film was a silent movie, outside of conversational dialogue in the background. That intrigued me; somehow, the film gave me this powerful experience without telling me how to feel about anything.

ONLOOKERS is a thought-provoking and visually striking examination of the complexities of travel and tourism. The film takes the viewer on a journey to Laos, a small socialist country in Southeast Asia, which has become a popular destination for international travelers. Through the lens of the filmmaker, we are presented with the power imbalances between tourists and locals as they interact and move through the country.

The film raises intriguing questions about the distinctions between tourists and travelers and the line between curiosity and intrusion. It delves into the impact of tourism on local culture, exposing the paradox of travel where people travel thousands of miles to experience new places but often end up lounging in guest houses and climbing mountains to take selfies rather than truly immersing themselves in the culture.

The film deviates from the typical tourist path to capture the country's small, everyday moments of life that are often overlooked. It showcases the warmth and quiet presence of the people and their culture, as well as the filmmaker's experiences and reflections on the travel experience with its fluctuating moments of uncertainty, intrusiveness, and surprise. The film also contrasts the order and ritual of Buddhism with the chaos of tourism and how it commodifies culture.

As the journey progresses, the tourists begin to tire, and we are given a glimpse into the locals' lives and how they engage in recreation and fun, from children playing in a bouncy castle at a carnival to men playing bocce at dusk and a crowd gathering to cheer on their favorite team at a race. The film ultimately leaves the viewer with the question of why we travel and what we are looking for, but it also reminds us that, in the end, we are all seeking ways to escape, play and feel alive together.