A Different Take on the Evil Dead Style of Film 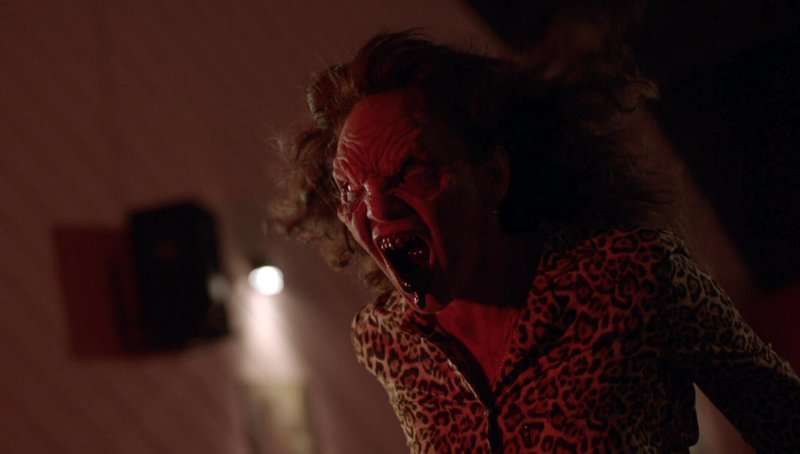 RAVING REVIEW: Fabián Forte's LEGIONS is a horror film that defies easy categorization. It's a genre-blending experience that combines supernatural terror with comedic gore and a touch of heart. The film follows the story of Antonio, a shaman locked away in an asylum as evil forces take over Argentina. He must escape and battle demonic resurrection to save his country.

Forte's direction is incredibly well done, creating immersive and haunting set pieces brought to life by eerie cinematography and well-done jump scares. The opening scene alone is a masterclass in horror filmmaking. The characters are well-rounded, with Antonio being a standout. He is a formidable force on screen, and his performance will endear him to audiences. He is a relatable and likable protagonist determined to save his country from the evil forces that threaten it.

While the story may seem familiar, LEGIONS differentiates itself through its framing. The film contrasts urban and rural, rich and poor, traditional and modern, compellingly, without being heavy-handed. The supporting characters are refreshingly diverse, a welcome change from the genre norms. The setting of the film, a psychiatric hospital, may seem dated, but it's done uniquely here, and the hospital almost has a life of its own. It symbolizes the chaos that has overtaken the country and serves as a metaphor for the main character's internal struggles.

The special effects in LEGIONS are top-notch. The film's use of practical effects adds to the overall sense of realism and immerses the audience in the story. The demons and other supernatural elements are brought to life in a way that is both terrifying and visually stunning.

In conclusion, LEGIONS is a gory, hilarious, and fun horror that pays homage to classic films while still being a unique and enjoyable film in its own right. It's a movie that appeals to horror fans and those looking for something a little different. The film's relatable protagonist and striking visuals are sure to make it stand out among other horror films. However, there is a desire for more creativity in the mix, an homage to EVIL DEAD is fantastic, but there needs to be a little more to pull everything together. It's the perfect way to start your 2023.