Court Is Back in Session 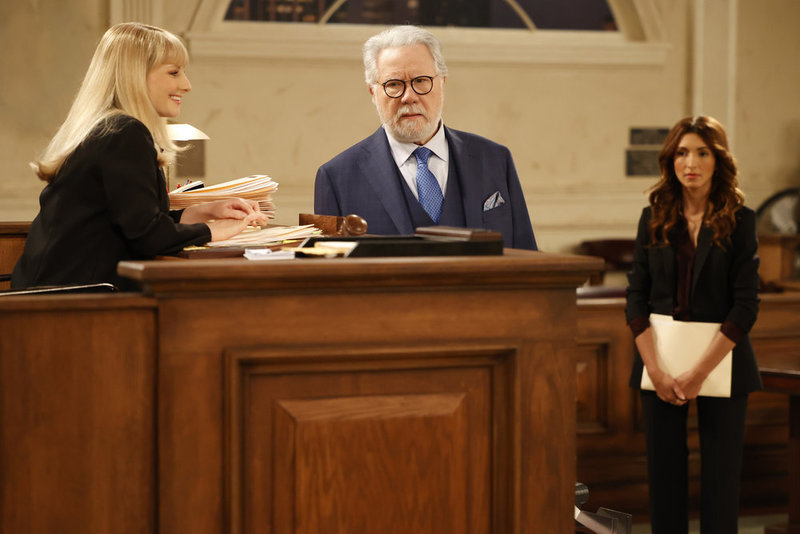 RAVING REVIEW: If you weren’t alive in the mid-80s through the early 90s, you might not have heard of this top-rated sitcom that ran for nine seasons. Although it ran in syndication on A&E, TV Land, Encore, and Laff, who knows?

The beloved series NIGHT COURT is set to come back with a new shift in a Manhattan municipal court. Fans can look forward to being captivated by the determined and passionate advocate for justice, Abby Stone, played by Melissa Rauch. As the new judge on the night shift, Abby is bound to bring a sense of order and respect to the courtroom while also trying to find the humanity in the defendants that come before her. Albeit with a slightly less high-pitched voice than her role in BIG BANG THEORY.

Joining Rauch in the cast is the returning John Larroquette as former night court district attorney Dan Fielding. Known for his self-assured attitude, Abby believes Fielding has a more compassionate side and is determined to uncover it. The show also features a talented ensemble cast, including India de Beaufort as the court's ambitious assistant district attorney, Olivia, Kapil Talwalkar as the court's on-edge clerk, Neil, and Lacretta as bailiff Donna "Gurgs" Gurganos.

The return of NIGHT COURT brings a fresh perspective and energy to the show while evoking a sense of nostalgia. The absence of Harry Anderson and Markie Post, both of whom passed away following the original series, is felt. Still, with Abby Stone at the helm and a dynamic cast by her side, the series continues to bring laughter, drama, and a sense of justice to audiences everywhere. The familiar recreation of the courtroom setting and Stone's chambers are also lovely to see again. It's a show that will keep you on the edge of your seat and leave you wanting more. Overall, this is a must-watch for fans of the original series and newcomers.