There's More to Edgar Allen Poe Than Meets the Eye 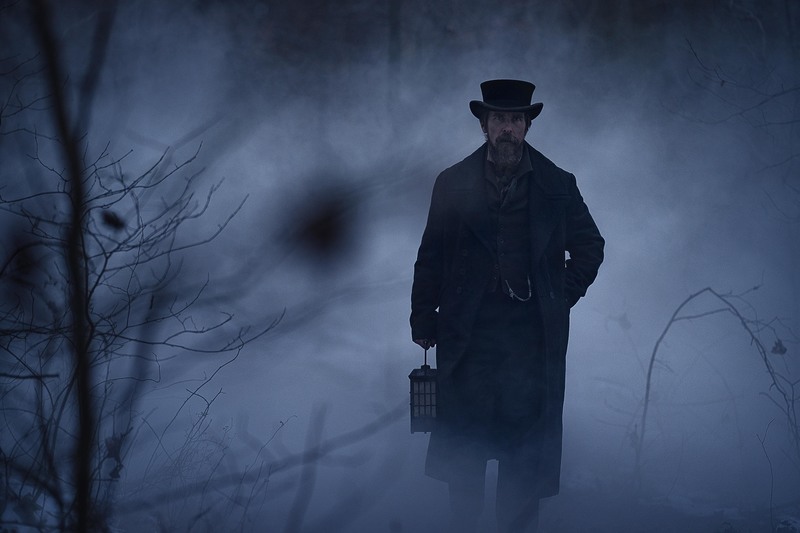 RAVING REVIEW: THE PALE BLUE EYE was an experience without question. It is a shame that the adaptation falls short of its potential as a haunting detective story, relying too heavily on stunning visuals and costume design rather than delving deeper into the mysterious world that was created.

Director Scott Cooper is passionate about the material, but this passion still needs to be fully realized on screen. The film follows Augustus Landor (played by Christian Bale), a detective struggling to maintain his sanity as he investigates the murder of a West Point cadet. Landor finds that no one will give him information on the case as the violence continues to haunt the academy community. In a desperate attempt to learn more, he enlists the help of a young and eccentric Edgar Allan Poe (portrayed by Harry Melling).

As Landor and Poe delve deeper into the mystery, they uncover an unknown connection to the murder that brings Landor in contact with an old friend, Professor Jean-Pepe (Robert Duvall). Meanwhile, Poe becomes entangled with Lea (Lucy Boynton), the daughter of Dr. Marquis (Gillian Anderson).

While THE PALE BLUE EYE is not based on a real story, it is inspired by a legend about Edgar Allan Poe and his involvement in spreading stories about the supernatural. Despite Cooper's love for the subject, the film sputters to reach the heights it could have. The slow pacing and predictable twist do not help matters, and the two-hour run-time only makes the film seem twice as long.

Ultimately I don’t think that my experience was helped by watching RAVEN’S HOLLOW last year. It hit many similar keys (albeit with a far inferior final product.) Overall, the movie is a visual feast, but it fails to fully capture the horror and mystery of Edgar Allan Poe's writing. To be entirely fair, I’m a massive fan of Poe’s work, and it’ll probably be almost impossible to capture that feeling on screen.