Is It Just Static, or More? 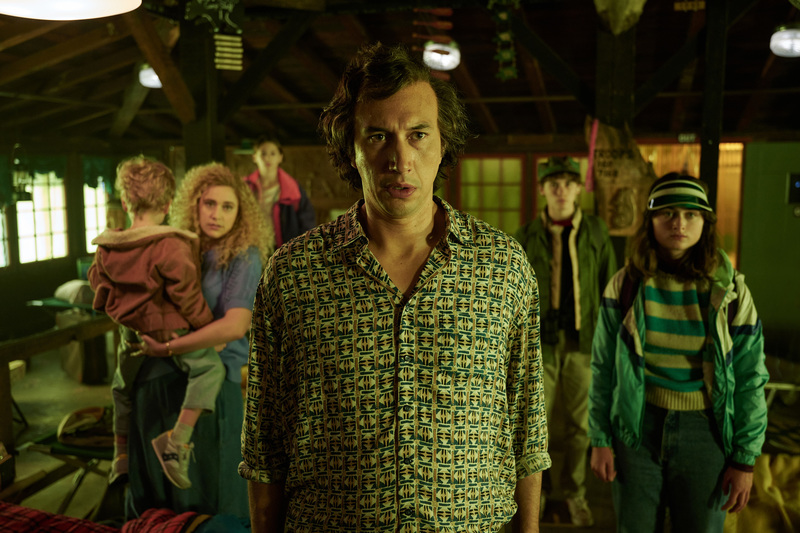 RAVING REVIEW: A film directed by Noah Baumbach, starring Greta Gerwig; unfortunately, this is no FRANCES HA or MISTRESS AMERICA. It’s very much a unique animal that deals with various forms of trauma in authentic ways.

Directed by one of my favorite modern directors, Noah Baumbach, and stars Adam Driver, Greta Gerwig, and Don Cheadle. Overall, the film was a genuine and thought-provoking exploration of the complexities of modern life. The battles of real-life trauma were at the forefront throughout.

This wasn’t your traditional film from Baumbach, even diving deeper into emotional trauma than MARRIAGE STORY did. The film follows the story of a couple, played by Driver and Gerwig, as they navigate family and life challenges. They were contending with the world around them and the battles they were facing within.

While most of the cast delivers fantastic performances, Greta Gerwig outshines the rest. Adam Driver was a little over the top for me; while he was very emotional in MARRIAGE STORY, it’s almost too much in this one. I will say that even with the “issues,” Gerwig and Driver have fantastic onscreen chemistry, delivering an intense back-and-forth throughout the film.

Don Cheadle felt almost underused, even though he was in quite a bit of the film. His character plays an intermediary that is there to hear the issues, although not necessarily solve them. His performance was unique, not because Cheadle isn’t a good actor but because this role was different from what we traditionally see from him.

A film titled WHITE NOISE appropriately plays with the usage of sound throughout. It’s almost as though the ambient sound surrounding everyone is a character. It isn’t distracting, but you know it’s there. I would be shocked if the film didn’t get at least nominated for the Academy Award for Best Sound.

As a whole, the film wasn’t what I was expecting, but it also wasn’t bad. It just didn’t have the same connection that I have become used to with Baumbach’s films. I still think FRANCES HA is his best, with MISTRESS AMERICA a close second; this would probably fall right behind MARRIAGE STORY in fourth place (still not a bad spot to be in.)