The Most Fun You'll Ever Have at the Club

by Chris Jones
Published on December 6, 2022 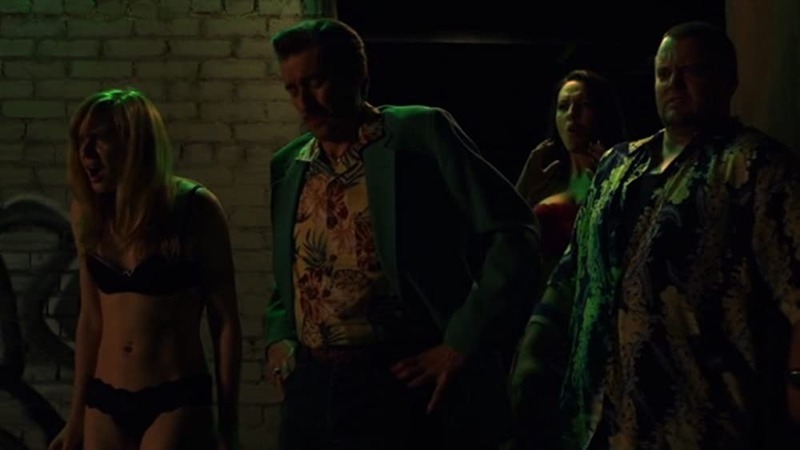 RAVING REVIEW: What did you expect with a title like this? If you expected anything other than a ridiculous undead romp, that’s on you!

Zombie movies aren’t new, so it’s a struggle to figure out how to breathe new “life” into a genre that’s been around almost as long as film itself. The folks over at Full Moon decided to take the fun route and not pull any punches. We may not have the best dialogue or the most believable zombies, but that wasn’t the goal. Too many people watch a movie like this expecting it to be the next NIGHT OF THE LIVING DEAD or WORLD WAR Z, and to those people, I say you get what you deserve.

I have found something so refreshing about diving into Full Moon’s catalog; I watch a ton of movies (maybe even an absurd amount of movies), and many take themselves incredibly seriously. For most of those films, that’s fine, perhaps they call for it, or maybe they’re trying to achieve a specific mood. However, you can also quickly get burned out; that’s where Full Moon shines; they deliver precisely what they aim to.

In this, you expect the title, and that’s what you get. It was fun just to enjoy the ride, following along with the bloodthirsty antics of the undead who just want “brains” and maybe ended up at the wrong place for that. Violence, comedy, and one of cinema's best-named clubs! You can’t get better than that! If you know what to expect, are ready for the ride of your afterlife, and set your expectations realistically, you will have a blast that even a shot to the head can’t stop.