Can the Magic Be Recaptured?

by Chris Jones
Published on November 6, 2022 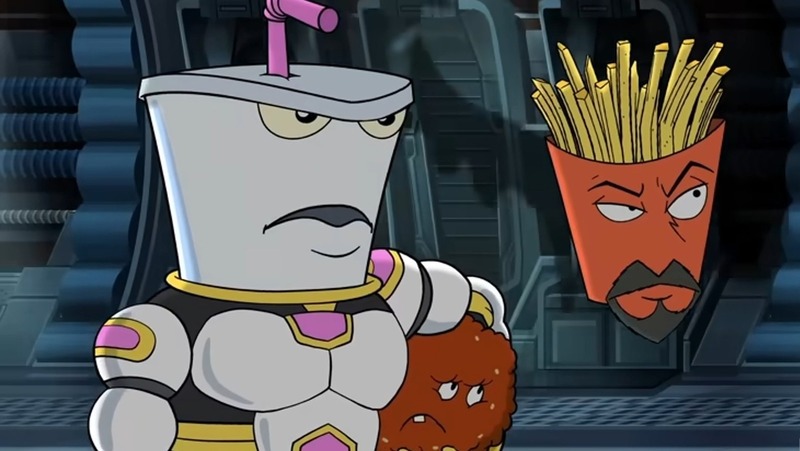 RAVING REVIEW: If you liked the series, then you will like this. I didn’t feel like a single step was missed; the heart that the series had carried over wonderfully to both films.

As mentioned, if you liked the series on Adult Swim that ran from 2000-2015, then you’re going to feel right at home with this return to the screen. This likely has a lot to do with creators Matt Maiellaro and Dave Willis returning to direct and write the film and the primary voice cast returning. This felt more like an extended episode of the series, and that’s the best compliment I could think of to give the film.

The movie was a blast, seeing the trio going on a new adventure and somewhat of a continuation from the 2007 film AQUA TEEN HUNGER FORCE COLON MOVIE FILM FOR THEATERS. The anthropomorphic fast food items have a little bit of a falling out but continue doing what they do best, and in the end, the adventures never end.

We thankfully get the return of Master Shake, Frylock, Meatwad, and even Carl Brutananadilewski in this continuation of one of my favorite animated series. It genuinely felt like I had never left the neighborhood and was psyched to visit the familiar stomping grounds.

I would love to see the series come back or regular straight-to-video releases like this. There’s something to be said for the creativity of a series like this that can jump right back in after all of this time and recapture that same magic.

A huge thank you to Warner Bros. Home Entertainment for sending me over the 4k/Blu-ray/Digital copy along with a fantastic poster for the film.