This Is What Fun Is All About

by Chris Jones
Published on November 5, 2022 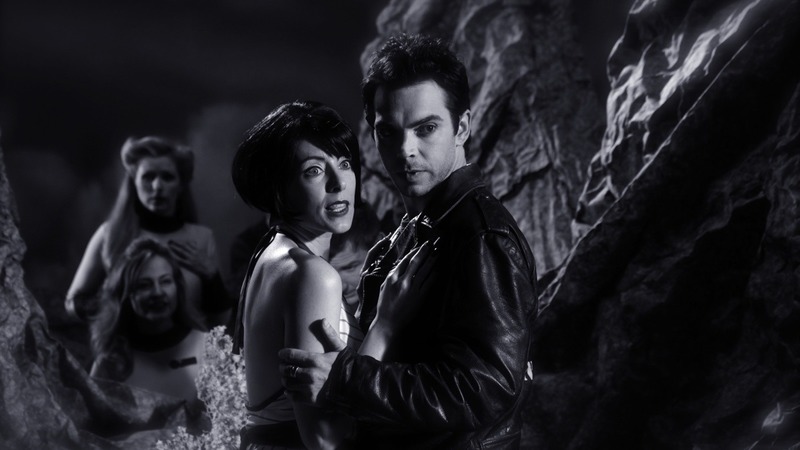 RAVING REVIEW: Often, you can go into a film, and you can walk out with the same level of expectations. That wasn’t the case here at all, and I was wrong with any preconceived notion I had in the best possible way.

Look no further than the fantastic genre mix that we have “a 2012 musical, science fiction, comedy,” and that pretty much says it all. The film offers a ride I’ll never forget; it’s an homage to so many past movies that I couldn’t fit them all here. Yet, at the same time, it’s never a ripoff; it takes the feel of many 50s-era films and ups the ante tenfold.

A simple (yet unique) narrative with Jonny X chasing his ex after ripping off his invention. Oh, did I mention that Johnny is an alien? The creativity and passion that is in the film are evident from the first few moments. You can tell that this was something that the entire cast and crew cared about. Nothing about the film was phoned in; the decisions were deliberate and made with the final vision in mind.

This is what cult filmmaking is all about; writer/director Paul Bunnell knew what he was making. This wasn’t going to alter the course of Hollywood; it was a creation born out of love for films of yesterday. The modern twist to the sci-fi, teen, and rock musical genre was fantastic. I caught myself multiple times being taken back because I would almost forget what I was watching, and a scene would shock me back into reality.

If I were to have a “negative” about the film, it would probably be the runtime. While I know nothing of the production, it probably would’ve worked better as two films because you could tell how many stories were trying to be told here.