What's Scarier Than Jumping Out of a Plane? 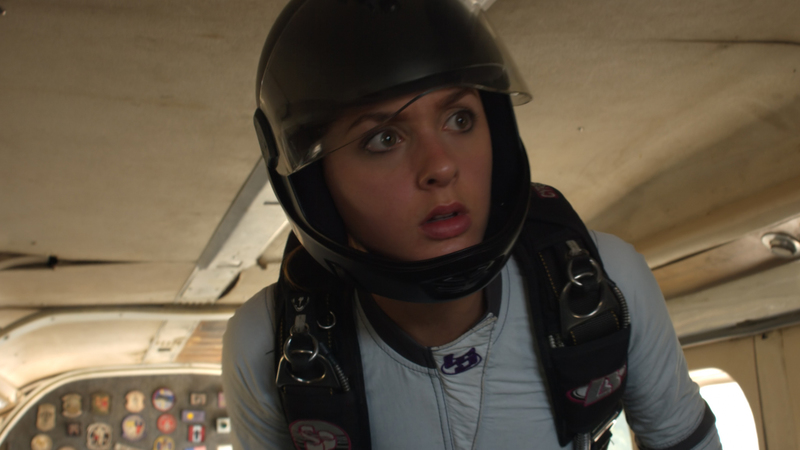 RAVING REVIEW: When you think you’ve seen it all, you get an experimental horror film about cursed skydiving. It sounds like a spinoff of the FINAL DESTINATION franchise but surprisingly works.

It was an odd experience; this wasn’t a B-movie, but it had all the positives that one traditionally has. No one will watch the credits roll on this and mistake that they just watched a cinematic masterpiece, but it’s just crazy and wacky enough to be fun. The acting is a bit all over the place, and the plot doesn’t make sense sometimes, yet it felt like you couldn’t take your eyes off the screen.

The action scenes were generally on point, and it felt like they almost had something but couldn’t quite put all the pieces together to finish it. Ironically, the production team behind the film has a combined 25,000 dives, which would explain why things felt more authentic than you would usually expect.

If nothing else, I’m excited to see new things being tried with horror. While curses aren’t necessarily new, this mixing of action was something that entertained, even when the horror elements weren’t present. Sometimes relying on the story in a traditional horror film is just asking too much. Here, anytime things would start to get bogged down, we’d jump out of another plane for various reasons.

As always, I have to point out that while some people use a 2.5-star rating for a film they didn’t like, my usage for it is a film I didn’t love or hate. One that is right in the middle (just like 2.5)

If you’re looking for a fun, action-packed film with a few bits and pieces of horror, this is something to check out. I think this would be a blast to watch with a group, and you could even turn it into a drinking game if you’re of age.